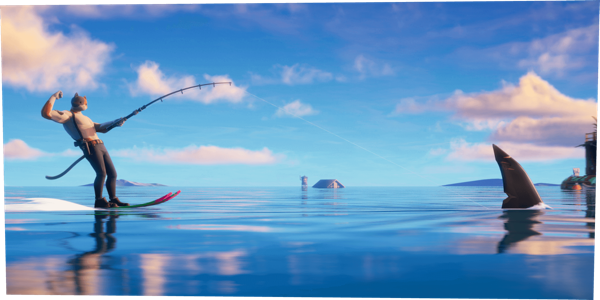 One of the most frequent questions I get from people who watch my talk about Copywriting and selling your game is the part where I said, “Don’t list features, instead turn them into benefits.” Here is the exact part of the talk where I describe it.

A “Feature” list is probably the last thing you write up before you hit the “submit” button on your store page. You probably didn’t spend much time thinking about it. You just dashed it out because Steam requires them. In fact, if you try to submit your game and you don’t have a section with the header called “Features” and then some bullet points under them they will reject your store page. I know because I tried and it got rejected. Unfortunately, this requirement forces people to write boring copy that doesn’t connect with your potential customer.

What is a feature and what is a benefit?

One of the first things they teach you when you become a copywriter is to convert features into benefits. It is fundamental to selling your stuff.

A feature is just a boring fact about your product such as how big, how many, how fast, or what color.

On the other hand, a benefit takes that feature and then tells the reader why it is interesting and how it will actually help them.

Here is an example from the classic copywriting manual “The Copywriter’s Handbook” by Robert W Bly. Here he is describing a standard pencil:

Feature: Pencil is a wooden cylinder surrounding a graphite core
Benefit: Can be resharpened as often as you like to ensure clean, crips writing

Feature: Cylinder is hexagonal
Benefit: Won’t roll off your desk

Some example of Features turned into Benefits

I recently found a great example of Features vs Benefits on the landing page for the newest season of Fortnite. On the page, the copywriter lists what is new in the game and they did a great job of listing them as benefits instead of just doing a feature list. It is a great page to study if you want to do it right.

Here is one example from the page, it is a perfect example of a “benefit”

Reel ’em in – Sharks may be item-hungry and dangerous, but they also make for fun transportation, latch onto one with a fishing rod to ride, steer, and jump across the waters.”

Here is what it could have sounded like if the copywriter had instead decided to write it as a “feature”:

Notice how when written as a benefit I as the player can see how riding a shark will help me and what I need to do it. “Ah I can shortcut over the waters. “

Lets look at another well-written benefit

Spark a fire – recruit the laws of nature to your side. Spread fire across the environment with the new flare gun and firefly jar items to turn up the heat on your opponents.

How this might have sounded if they decided to write it as a boring feature?

Notice how when written as a benefit you can see how this new thing is used. It actually gets me thinking “ah I bet I could start a fire, let it spread, and flush out my opponents” Now I am strategizing and thinking ahead of ways that I could use it. It is a very good thing if you can get your potential customer to think about your game long after they see your marketing materials.

Let’s look at one more

Below the surface – as time goes on and water recedes, even more locations will be uncovered. And as the roadways become more open, you’ll discover new ways to get around…

How this might have sounded if they decided to write it as a boring feature:

I love how when written as a benefit, it tells me that there is a bit of “discovery” to it. I will have to keep coming back and poke around to see if I can find anything that wasn’t possible the last time I was there.

Why should you talk in benefits?

On the most basic level benefits are just a feature wrapped in context. If someone hasn’t played your game before, that feature is nearly meaningless. Written as a benefit, it tells you what that feature actually means.

But the main reason you should write as benefits instead of features is because nobody convinces somebody else to buy a game based on features, they tell them based on stories.

Think back to the last time you tried to tell your friend about a really great game. You didn’t start off “Hey I just found this neat game that has 30 boss fights and 3 customizable classes and dual wielding.” No way! Chances are you told a little story about the game that was built upon the features.

I remember when my friend first told me about Grand Theft Auto: Vice City. He breathlessly explained, “I tuned my car radio to a station and it was playing Mr. Mister’s Broken Wings and then I found a jump hidden in a back alley and launched over it the exact moment Richard Page sang “Take these broken wings and learn to fly again” and I was like “YES I want to do that!” and I went over to his house and we spent the rest of the night trying to recreate that moment.

Now that is a benefit. But it was a benefit built on top of multiple features.

Here is what that story would have sounded like if it was just features.

See what I mean about benefits being so much better?

So next time you are writing up the sales copy like a press release or a newsletter, or a steam page, here are quick steps to writing a benefit from a feature:

So this post was inspired by a question of my users asked on my official How To Market A Game discord. If you want to get more help like this check it out here: Official Discord Server