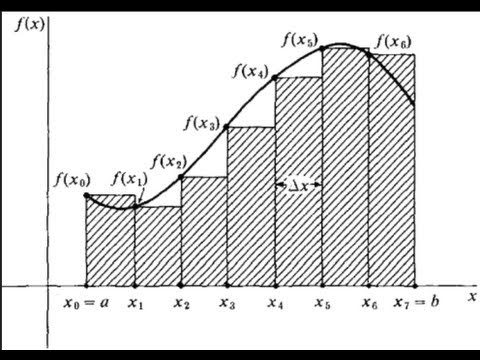 This post is part of my mini-series where I post small details I found while digging through the mountain of wishlist data my community gave me as part of the Steam Study that I am presenting as part of GDC 2021. The talk is scheduled for July 19th

We are all familiar with the spike graphs of wishlists everyone posts as part of post mortems. Every time I stare at one I wonder, is the area under the spikes more or less than the area under the flat periods? It reminds me of those old calculus homework I used to do in high school and college:

Anyway, I have all the data in spreadsheets so I thought I would look at the 3 games with the most wishlists and determine if most of their wishlists come from big promotional spikes (like festivals) or during the long stretches between spikes when Steam is giving them organic traffic?

To figure this out I just looked at all the spikes for each game and summed all the wishlists that came during that spike. Then I subtracted that from the total wishlists earned. Then I made a pie chart for those two numbers.

So here are the top 3 games in my study showing how many wishlists came from promotional spikes vs just steam giving them traffic.

As you can see the spikes make up about a third to a half of all the wishlists. The third game had Organic wishlists that made up 67% of their wishlists. I think that is because the game is Stronghold Warlords and their game has some of the most valuable tags on all of steam.

For several weeks they had extended stretches where their daily wishlists were 500 to 600 per day. Those weren’t even spikes, they were just consistently earning that much! Who needs spikes when you earn like that?!

So where did their spikes mostly come from?

Next most common source: Streamers.

A lot of indies stress out about having a low twitter following but it doesn’t really seem to be related to having huge organic growth or wishlist spikes. So you can relax on the Twitter side.

What about games with many fewer wishlists?

I looked at a couple games that are on the lower end of wishlist counts. As you can see their wishlists are primarily from Organic. They just aren’t getting as many promotional boosts.

I have seen several games where after big promotions the organic rate goes up. So it turns into a virtuous cycle of more promotional wishlists leads to more organic wishlists and up and up.

What should I take away from this?

One of the most frustrating things about being a first time indie is that you just don’t know what is normal or not. Are you doing too little?

Also one way to improve your organic rates, is to have a good Steam Page. You should sign up for my free class to understand what you need to do: How To Make A Steam Page class here.