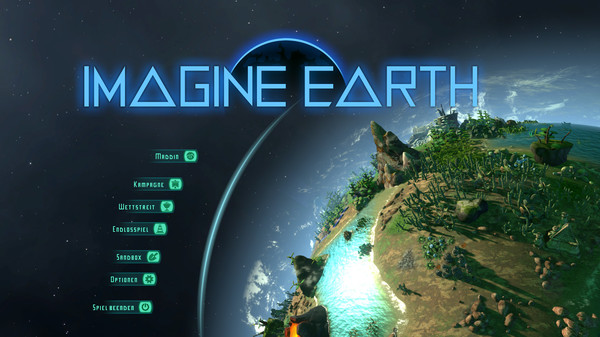 In my steam research, I saw over and over how important an interesting capsule image was. A good one was a mouse magnet. The participants I observed couldn’t help but hover over some capsules so that the tooltip appeared with the screenshots and tags. This was the first step in getting people to open your store page. Here is a clip of someone hovering over interesting capsule art:

If the capsule isn’t attractive, the participants didn’t hover. I always theorized that a bad or unprofessional looking capsule image hurt sales but couldn’t prove it.

But then I found an example last week in the form of the game Imagine Earth. According to the devs, improving their capsule art improved daily sales 20-fold.

So I reached out to the developers of Serious Bros to get the full story. I talked to Jens (one half of the team) who is in charge of game art, UI, 3D & level design and wrote the game’s story. Martin, the other half of the studio (and not his actual brother), works on the game’s code. Jens was kind enough to share their art changes and corresponding sales history.

Imagine Earth entered Early Access on April 2014 with the following capsule art. At the time it was selling 0-3 copies a day.

Then, in June 2015 (a year after going live) they swapped out the capsule art to this:

Sales immediately notched up to 40-60 copies a day and stayed at that level. Look at this graph and you can pick out exactly when they changed the capsule art.  Jens says they didn’t change anything else other than that capsule that could have notched up the sales.

Just looking at the two capsules, the later design really gives the feel of a much richer game. The earlier capsule feels like a hobby project. It is the combination of the more sophisticated text treatment and the dynamics of the space ships.

Your mileage will vary. Imagine Earth is a quality game that is the type of game Steam players like. I think changing the capsule image threw open the gates so that players could see how great a game it is. The original capsule was holding it back. But if your game does not match the desires of the Steam audience or is of poor quality, don’t expect to magically get the same results by changing your capsule.

My recommendations based on this:

Jens at Serious Bros provided their own set of tips:

Check out Imagine Earth on Steam. They continue to post updates and this is a great project to watch.