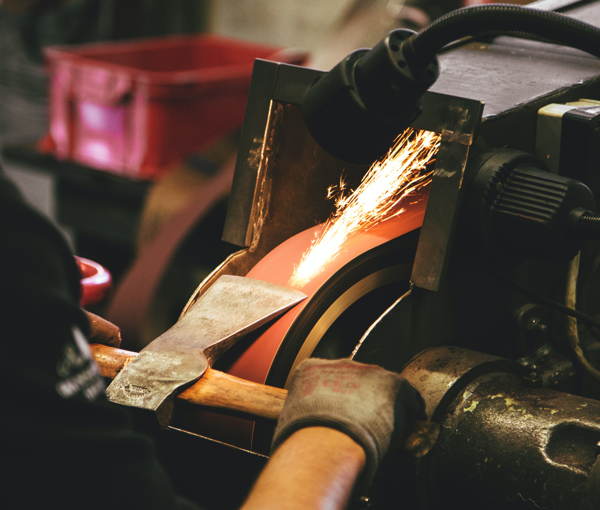 Don’t know?
You should stress test it.

What is a stress test?

To perform a stress test, you send out a simple call to action on all your marketing channels at the (almost) exact same time and then you evaluate and compare how each channel did on getting people to click.

Why do a stress test?

When you are stress testing your marketing you are just trying to see how many people are interested in what are putting out there and where before you do the full launch. Because, when you eventually launch your game you will be sending out a call to action on every channel you have. On launch day you will be saying “My game has launched, go buy it: <link to store>.”

After they buy sure they can do all the retweeting and stuff but the most important thing is clicks. Nothing signals intent more than clicks. So for this stress test we are going to do a test run of your marketing to see how it is doing. You would ideally do the stress test months and months before your game launches so you have time to adjust your strategy based on the results.

What makes a good proxy?

Now obviously your game hasn’t launched yet so you can’t test the message of “my game has launched! Buy it now! <link>” because you just lied to your audience and they will hate you for it. Instead you have to find a proxy call to action that “simulates” your eventual CTA.

When I get hired by a client, one of the first things I do is this stress test. So I have seen a lot of messages that we used as a proxy. Here is a list of actions you can use ordered from best to worst simulation the effect of doing the “my game has launched cta.” Now your game might be in a very early state so you don’t have all these available. But I would recommend for your stress test you try to pick one that is highest up on this list.

Be scientific about it

When you do your stress test all your channels need the exact same call to action, with the exact same offer, at nearly the same time. For example if you post “We have new screenshots” on Twitter, but post on facebook “check out our new trailer” you can’t be sure if the number of clicks are because on the channel or because of the offer you wanted them to take.

You should try to run your stress test at nearly the same time.

You also want the wording and associated media to be nearly identical. For example on Facebook and Twitter you should be using the same images and the same language. Again you are trying to control for as many variables as possible so that you are sure you are testing the channel, not the message.

Wait for the campaign to finish

Don’t compare your numbers instantly. The life-cycle of a post on some channels last longer than others. For an email marketing message the majority of clicks typically come in the first 48 hours. The clicks on Twitter can be over within the a few minutes or if the message is getting traction can be retweed for several days.

So to be safe, I don’t start evaluating the results of the test until a week later. That way I am sure the campaigns have run their course.

Calibrate if you go viral

Now if you are super lucky there is a chance that one of your channels during the stress test could go viral and get a bigger boost than normal. For instance if on Twitter some celebrity retweets your CTA you are going to get many more clicks than the other channels. The problem is that campaign success was out of your control and you cannot replicate that on launch day. If one of your channels does better because of circumstances outside of your control consider doing a 2nd or 3rd proxy test on a later date. If those additional tests also go viral, awesome! You know that is a consistently high performing channel for your game.

How to collect your data

Each marketing channel has slightly different ways of accounting for “clicks” so here is how to collect it. Note we are using “clicks” as our key performance indicator because on your launch day the whole reason you are doing this marketing thing is to have people click and go to your store page and buy your game. People reacting to your post with emojis of anime girls does not count for sales, I am sorry.

Twitter has analytics built into every single tweet you send. This is nice, but they sure do hide their numbers. Here is how to get them.

3. Instead click the button that says “View all engagements” and that expands and shows “Link Clicks.” That is the number you write down.

Side note rant against Twitter as a marketing platform: Notice how easy Twitter makes it to see the number of “retweets” and “likes” but an actually valuable metric like “link clicks” is buried in a menu that takes 2 extra clicks to see. What are they hiding?!? Twitter knows that it’s really bad platform at getting people to actually act which is why it hides this info and mixes the numbers in the nebulous and completely worthless “engagement” metric. Compare this to email marketing which puts it right up front on the reports page.

You don’t need steps to do this – it is what Twitter jams down your throat and makes it look like it is the most important number in your life and makes you feel bad for not having that number as big as other people.

You should write that down before you send your Stress Test Campaign because your campaign might get you new followers which will throw off your click percentage.

Unfortunately Discord is just getting started with tracking stuff like link clicks. If you have a verified or partnered server there is an extra setting that allows you to view link clicks and other user activity. Here is a step by step document about how to find it.

If you are not verified, then you need a second option and that is to use a tracking link like bitly (which is paid if you want track link clicks). There are other free tracking software like dslinks. Here is a writeup comparison site. https://davidsandyofficial.com/best-link-tracker-software/

When you create a tracking link you can get click counts from the main tracking link site. However you have to be careful and use the link on only one location to make sure your data is not contaminated. For instance if you create a bitly link for your Discord server and then use it for Twitter too you will have a hard time seeing which clicks can be attributed to the Discord. So be careful with it.

Record the number of members in your Discord Server

There are a lot of email marketing programs out there but most folks have Mailchimp so here are the steps for that:

Record the number of email recipients

Now that you recorded all your results compare. Which got the most clicks? Did it surprise you?

Now don’t just look at raw number of clicks, you should also look at clicks per follower of that channel. Because you might not get many clicks from email but that is because your email list is very small. So for each of your channels calculate the click percentage by doing the following

For Discord: Number of clicks / number of members

For Email: Number of clicks / number of subscribers

Now that you have your results, identify, is it time to refocus your efforts on a new channel? Maybe the offer you were sending people wasn’t that great and it is low on all channels. If that is the case, retry your stress test with a better Call To Action.

If you do this calculation I would be very interested in your results. I will keep all your data confidential I am just trying to get the most accurate information from as many sources when I make recommendations to other people like you.