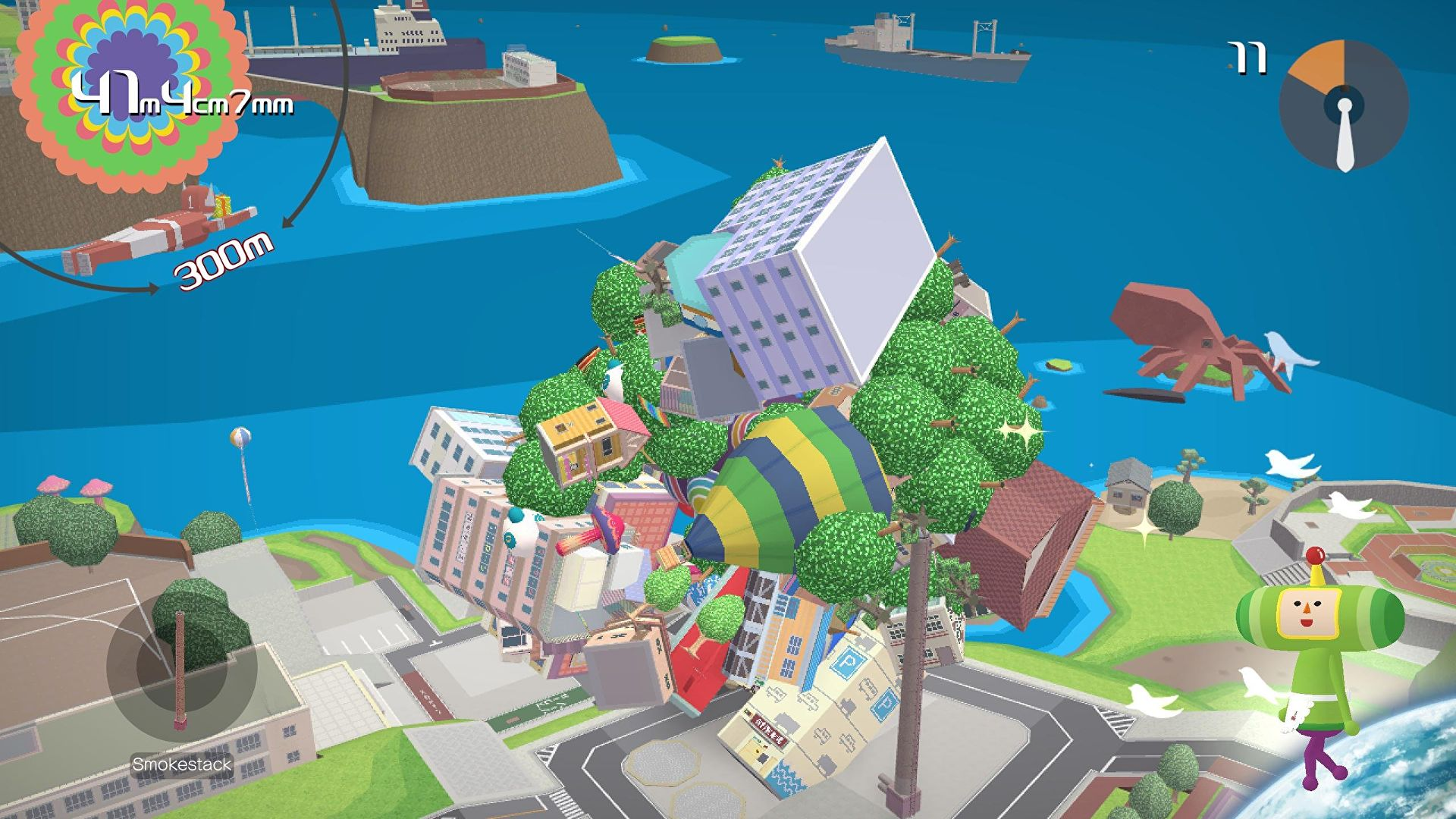 My blog last week (How Steam works against small games) was a deep dive into all the ways the Steam algorithm works against the “rapid release” strategy. The corresponding twitter thread I wrote blew up and was pretty much my most viral thread in over a year. Note that last week’s blog post was not just about “small games.” I was specifically writing about small games, released in quick succession, with very short marketing periods.

That specific combination of short games, short development time, short marketing plan, runs exactly counter to how Valve has tuned the Steam visibility algorithm. YES there are successful games that are short, and have had short marketing campaigns, and have become successful. HOWEVER, I argue that they could have been even MORE successful because their short marketing runway essentially surrendered the free visibility that Steam hands out if you play by their algorithm’s rules.

This week I want to show you 4 ways that you could theoretically release short games quickly and still work within Steam’s algorithm to get that free visibility that they reward to games that play by the rules.

You have never released a game before. Who cares about getting visibility? You are just trying to figure out the miracle of releasing a game that is fun.

It is ok to release a game and screw up your marketing; especially if it is your first game.

In fact, I have written at least 4 blog posts all about how you shouldn’t worry about making money in your first 10 games. Here they are:

Basically all of these posts boil down to this single point: shipping a game is so incredibly hard that until you have done it 3 or 4 times you shouldn’t worry about making money or selling a ton of copies. You just need to practice making small games that kind of suck. Don’t try to tackle your magnum opus, dream game, with open world, multiplayer, dual wielding, voxel, physics everything, simulated air particles, metroidvania slash RPG slash MMO.

Instead, release a lot of little games and sell them for a little money. That’s it. I give you permission to rapid release your first 5 games.

However, don’t complain that it is the indiepocalypse and Steam doesn’t give you the visibility that you deserve. That is because Steam isn’t built to support your very first 5 games. Steam is built to support big games made by well established developers who have a proven track record.

You won’t sell many copies but you will get the following:

That’s it. Just ship and be brave enough to fail. One thing I hate about the game’s industry is the public has two criteria for evaluating your game: either your game is a blockbuster success or your game is a failure.

That is such a dumb way of looking at it. I like to think of games like baseball: game launches can be base hits, doubles, triples, or homeruns. If you just got a game out, that is a base hit. And if you know anything about baseball, it is very beneficial to have a man on base because if you hit a homerun, you get 2 points because there is someone on base. There is no shame in getting a base hit. This is a perfect excuse to insert a clip of my favorite movie, Moneyball … “he gets on base a lot.”

You need to get on base a lot.

You are an established developer. You have released 3-4 games already. You maybe do this full time or 50% time with a freelance gig.

You want to do rapid release because you just cant stomach working on a game for longer than a year.

You are an experienced coder, you have a big code library that you can draw on to release game faster. You work fast. Design fast. You know you can get a game out in 1 to 2 months.

How do you make this work?

First, make a Steam page as early as possible and keep it up for a minimum of 6 months before you launch your game. Don’t release your game sooner than that. If you can wait, keep it up 8 months. Even if you finished your game in 1 month, it is better just to keep it in your pocket, as you wait to build up wishlists.

Think of it like making sourdough, you have to give the starter time to ferment and rise. Yeast need time to do their biological processes. In gaming’s case the biological process is human beings discovering your game. It takes time. You can rush game development, but you can’t rush discoverability. Streamers need to find you, record a show, get fans excited. It takes time for online game festivals to happen, people to play your demo, recommend it to their friends. You just have to let it run.

So here is the strategy: while you are marketing game #1 for those 6 to 8 months, move on to make your second game. Once you finish game #2, don’t release it either. Let #1 and #2 ferment and gain wishlists while you work on game #3.

If you really want to get crazy, create placeholder Steam pages for Game #1, #2, and #3 right when you start this wild sprint of game development so you can build as many wishlists as possible before you launch them.

Your goal is to get at least 7,000 to 10,000 wishlists before launch so you can get that extra visibility on the Popular Upcoming list.

If you are crazy enough to create 3 Steam pages and build all 3 games, make sure you have setup a Steam Franchise page for yourself and 3 of them. Here are official steam steps on how franchises work.

You should also create a special section on each page where you list all the other games you are developing together. Steam will automatically create a widget for them. For inspiration look at what the developers behind Car Mechanic Simulator 2021 do. They created a special section called “CHECK OUT MORE GAMES” and list out 6 somewhat-related games. That is putting the power of Steam to good use.

There are a couple developers who actually try to make the rapid release strategy work. They typically pair their game releases with a Patreon to supplement their income. One of the backer tiers is inevitably a free key at every game’s launch.

This is a mistake.

This is what happens to your game after you get 10 reviews. It is important. VERY Important to get them! (This graph is from the game Game Catty & Batty: The Spirit Guide)

The problem with Patreon backers are that the people who would back you at the highest tier are also your biggest fans who will buy and review every game you make. When you run a Patreon that gives them free keys you are essentially taking away your most powerful ally. Steam does not count reviews from people who receive free keys. And if your super-backers are getting free keys because they paid you through your Patreon, their money does not count towards your first-week total.

Yes, I know that you basically get 100% (minus the fees) of a backer’s money through a Patreon instead of the 70% that you get if they buy it via Steam. BUT! The people who buy your game day one are more valuable than the 30% you give up to Steam. A super fan’s dollars that come in during the first week are the rocket boosters that get your game into orbit. If you take their money away from Steam, you just took away your early lift.

I understand that Patreon is a good, guaranteed monthly income. But don’t set any of your backer tiers to include a free copy of the game. Explain to your super fans why you need them to buy your game on Steam. One top-tier giveaway you can offer is to hide a secret code in the game and you give them a secret backer code to unlock extra levels, or modes, or story. Or possibly put their name in the game. Just don’t give away free keys to backers.

You need their early money and early reviews to propel your game into the next Steam visibility tier.

Let’s say you can’t help yourself, you have to release a game a month. But, you just don’t feel right creating 3 shell games and keeping them live for 6-8 months building wishlists (AKA Option #2) Well instead of creating 10 games, create 1 anthology game and add every new monthly game to it. With every new game you create, you patch your anthology game to it to create a giant Katamari of all your games.

This method helps you with the algorithm because Steam and players LOVE updates. They like to see that you are actively investing in your game. They did not buy a “dead” game. Their purchase increases in value with every new game you add.

You can also use tools like the Steam Eventing system. Everyone who wishlisted and followed your game will get reminded about your omnibus game. For more information about this, see this post from Valve about how events work.

You could also optionally increase the price by $1 to $5 with every game you add. Thereby pricing your game into a tier that earns you more money. You also create urgency to buy because fans will learn that the price is only going to go up so they better buy NOW.

Reviews also stack. So, instead of 10 games with 9 reviews each; your omnibus game will have 90 reviews.

Games that kind of use this method but not quite are:

In this blog I gave you 4 strategies on how you could POSSIBLY, MAYBE make this rapid release strategy to work and trick the Steam algorithm into giving you the visibility you deserve.

It works in theory though. I haven’t seen any games actually use any of these in practice. So please, don’t mortgage your house or quit your job to do these. They are highly suspect but are a much better choice than rapidly releasing a new game every month.