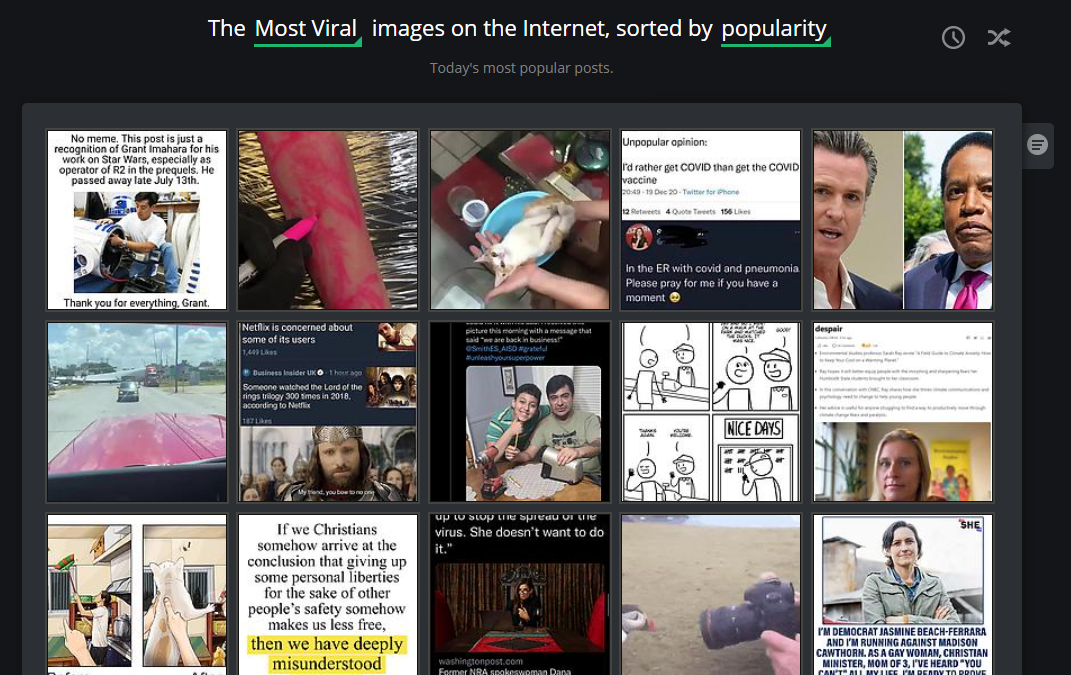 Almost 3 years ago I wrote about the weird tricks you can use to get GIFs of your game onto the front page of this quirky site named imgur. Here is that post.

It was a pretty simple process that could yield you a quick 400 wishlists if you played their algorithm right.

But does it still work?

I follow a lot of developers who use the Imgur strategy. Recently I saw several brilliant posts for beautiful games but was dismayed to see the upvotes just didn’t come and they never reached the “most viral” placement.

Similarly, looking at the imgur main page, there are hardly any posts about a game. In the past, the “gaming” tag was permanently pinned to the front page encouraging thousands of people to click it.

But this was just a “gut-feel” so I decided to crunch some numbers.

Upvotes are harder to come by

I follow a bunch of fellow game marketers and we always share our latest imgur posts to spread awareness. I went back into the history of those posts and recorded how many of them succeeded and by how much. In all I graphed over 175 different posts from April 29th 2020 through August 28th 2021.

Each bar in the following graph represents a post. The height is the number of upvotes it got. The imgur algorithm is actually pretty simple to get to Most Viral: Get 100 upvotes within 4 hours of posting to the public. As a result your post either goes “most viral” and earns you 1000+ upvotes or your post just languishes in obscurity with at most about 100 upvotes. There is very little middle ground. You are either a little nub or a 1000+ vote earning spike. So in the following graph every bar that you can actually see is a “most viral” post. The little 2-pixel high nubs are posts that didn’t make it.

As you can see, recently there have been many fewer most viral posts. Even those posts that did reach most viral rarely got more than 1500 upvotes. Back in September 2020 several posts earned well over 3000 upvotes.

I added a red trendline to help illustrate how much lower the traffic has been over the year.

The number of views each post got has similarly slumped. See the following graph where I graph views:

I used to really like imgur. It was a neat little loophole to get a ton of visibility on your game. I liked how you didn’t need a big following. You also didn’t need a really great looking game. As long as you had a good story to tell, some pathos, and a game, you could eventually get a most viral post.

Those days are mostly over.

I would still recommend posting every now and then to imgur but I wouldn’t spend longer than an hour crafting a post.

Currently, the games that manage to still make it to the top turn the best parts of their trailer into a gif and pair it with a major marketing beat (new game announcement, launch date reveal, or game launch).

For example Away (which I helped advise earlier this year but did not help with this post) recently posted news of their launch date and earned a “most viral.”

The “I quit my job post” still does well (but not as well as it used to). See this post as an example:

The games that are doing the best on imgur right now are also the most beautiful with traditional AAA style 3D graphics. There was a time a few years ago where a pixleart game could go viral but that seems rarer and rarer.

Don’t cry because it’s over…

…smile because it happened – unknown author

Imgur seems to be on it’s way out as a way to earn cheap wishlists (Buy an ad guy will be so pleased). In the marketing world there are always bubbles of visibility that are hot one day and fizzle out the next.

Right now online festivals (such as Gamescom and Tiny Teams) are earning indie games THOUSANDS of wishlists. The earning potential with festivals is much more substantial than imgur ever could ever bring in.

Similarly, TikTok supposedly has brought in thousands of wishlists if your post goes viral (but hard data is a bit difficult to come by from this platform so I am still suspicious).

Those two platforms will eventually change their algorithm too and it will reduce how effective they are. That is the nature of this business. One technique sunsets and another rises.

The important thing is to think not in tactics but in strategies. For instance, use the most high-visibility platform to introduce your game to gamers and get them to follow you on platforms that you own (like a mailing list) to build a longer term relationship where you can sell them multiple games.

Keep your head up.

Need a shoulder to cry on?

Alright so Tuesday 8/31 at 9:30 AM PST I am running a live Q&A I will answer any question about Steam or selling a game on PC or console you on what to do after imgur’s demise.,

If you have a question, or want me to review your Steam page live, submit it in this form

If you want to add the even to your calendar click here.

The live stream will be posted on my Discord here