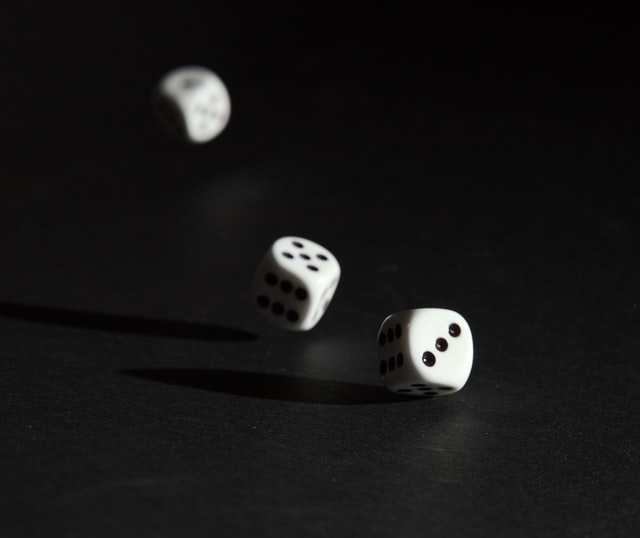 Why even bother marketing if it comes down to going viral?

Last week I wrote about how the game Laysara Summit Kingdom had a viral post on reddit that resulted in 11K wishlists. You can read the post here:

While this bit of marketing was amazing, many fellow developers remarked at how they have tried similar posts on Reddit only to have them pulled down because of Reddit’s tricky “Self Promotion” rules. To them it seemed arbitrary and largely luck as to whether your post will get pulled or rise to the top like Laysara did. It sucks that so much of marketing is about luck.

But the thing is, you aren’t entirely controlled by luck, you are essentially channeling it. To understand that, you have to understand that pretty much everything you post about your game falls into 3 categories.

Here is the graph that ALWAYS accompanies this discussion.

That Reddit post is what marketers call “earned media.” Basically some curator or influencer said “look at this thing!” and then their giant following said “I like that!” All those redditors and the moderators who didn’t block the post, acted as curators endorsing Laysara: Summit Kingdom.

Other examples of Earned media are Streamers covering your game, or journalists writing about your Steam page launch.

To win at Earned media you basically have to made something so amazing that influential people are willing to share it. That is why it is called “Earned.”

The upside is that Earned media is cheap (or even free). It results in a TON of visibility in a short period of time.

The downside is that it is… well lucky. You don’t always get to control it. You don’t get to choose when one Reddit post will make it past the moderators or whether Markiplier will play your game. You can ask and try to time it, but you are still relying on another person to come through and share your game.

But don’t give up because of this. First you can’t always control Earned Media but you can reduce the randomness. The game you make is the biggest factor. If you make the type of game that an audience likes (Steam LOOOOOVES city builders) it will increase the chances for moments like this. If you learn what channels work well (like r/games) you will be spending your time in places where moments like this are more likely to occur. And if you try enough times you end up increasing the chances that it will happen.

A similar out of nowhere viral moment happened to the game I Just Want to Be Single.

Some random reddit user saw the game and posted it to a completely obscure but heavily trafficked meme sub r/196 and it generated 400 wishlists in 1 day. Here is that post. I had never heard of that sub either. Somehow the subreddit organically became a place to share memes primarily from and about the ace/aro/trans/nb community. The game I just Want To Be Single speaks to the demographic that make up this sub.

So what is the lesson here? Don’t try to be all things to all people with your game. It is better to specialize in who your game is for. With Laysara it was clear that this is a hard core city builder. It is clear from I Just Want To Be Single that it is the anti-dating sim. It is harder for these “viral” moments to occur if nobody is passionate about your game. I find a lot of indies say their game is “casual” because they are afraid to specialize in any one interest group. I find they throw around the word “casual” to be inoffensive, vanilla, can’t offend anyone. That never goes viral because nobody is passionate enough to share the game.

But the developer behind I Just Want To Be Single also did a lot of work before hand to get their game out. They posted in r/aromantic where they think it was discovered by the r/196 poster. This goes back to the classic quote:

“The harder I work, the luckier I get.”

So know your sub audience, share your game where they are, and post frequently and consistency. For more on this I highly recommend this talk about “lottery tickets”

The good news is luck affects just one part of the 3 marketing types. There are 2 others… Owned media and Paid media.

If you Tweet, do an @everyone, or send an email to your list you can be pretty sure that they will see it. Essentially you worked really hard to get people to follow you on these various platforms and so you “own” the relationship. You get to decide when, where, and how your message will get out. If you don’t want to contact your followers until after the New Year, that is your choice. You have total control.

The good news with Owned media is that it is very predictable. There is much less randomness than Earned Media. You are not dependent on any fickle influencer or reddit moderator to give you the thumbs up.

Theoretically you could get enough followers that you wouldn’t even need influencers. You could just mail your newsletter when you were ready to launch your game, get money, and then live the rest of your rich, rich life.

This, by the way, is why I advocate so strongly for a mailing lists. You get to truly own the connection to your followers. Twitter stands between you and your following and can change the algorithm so only your most “viral” posts are shown to followers. In that way these social sites start resembling a hybrid of earned and owned media. For more information about this see my post about building your kingdom.

The bad thing about Owned media is that it is very time consuming. It takes a long time to build up that following. Also your message only goes as far as your following. Rarely does owned media “go viral” because you are just talking to people who already are fans. There is nobody to convince. It is predictable but slow and requires a ton of work.

Paid media is great because it combines the visibility of Earned Media and the predictableness of Owned media.

If you hated the idea that you are at the whim of Reddit Moderators who get to wield extreme censorship against your game for no reason, well, you can just work around them by paying money.

Paid media is just Ads. So you can just use reddit ads, target everyone who follows r/games and then tell them about your game. Nobody can say no to you. If you want to be super spammy in your title go right ahead! If you want to link straight to your steam page, have at it! The only limitation is the size of your purse!

The downside is that it costs money!

The fact that reddit is “unpredictable” doesn’t bother me as much. I know it seems like total luck that the “nice” moderator was watching the r/games subreddit on the right day and these developers “lucked” out in getting 11K wishlists.

But once you understand the overall landscape of the media they are in, it doesn’t seem that risky.

The devs reduced risk using tools that were under their control:

Finally within the grand scheme of marketing “earned” media is still just one part of the overall strategy. There is also any following they build up on Social or Email or Discord. There is an option of Paid ads if they can afford it.

Similarly there are other opportunities for “earned” media outside of reddit. For instance they also “earned” media from a Polish and Japanese games blog.

The developers worked really hard on a game that could do well. By making a product that matches what the audience wants they were increasing their chances.