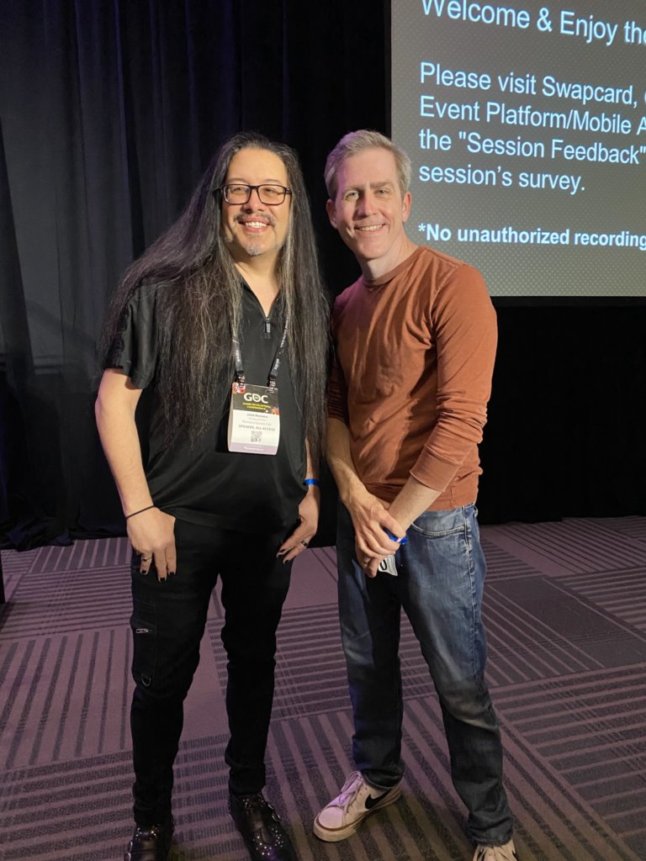 CZ Side note Wolfenstein 3D was the very first PC Shareware game that I bought. It is also the first FPS I ever played. One night My dad brought home a generic 3.25 inch floppy disk with the words “Wolf 3D” on it and he said “One of my coworkers said you would like this.” I wat over-imagined what wolf 3d would be but I was completely blown away by what it actually was. By attending this talk I actually got to meet and shake designer John Romero’s hand. This is one of the reasons it is so fun to go to GDC. Going to GDC you get to learn cool things like you are the exact height of John Romero.

This talk was primarily a chronological narrative leading up to the release of Wolfenstein 3D. There are a couple marketing things that I call out here.