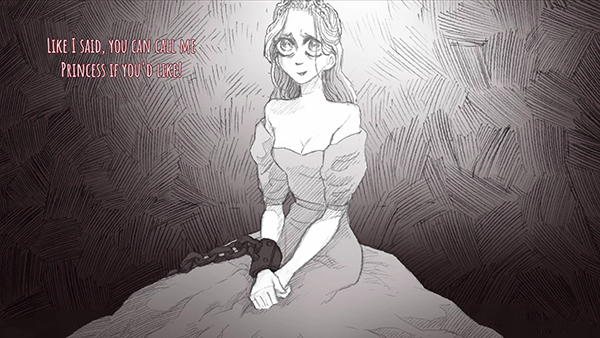 Occasionally I am posting a mid-week all about some really cool things that indies are doing that are having real, tangible results. I hope it is inspiring and show you that there are things you can be doing to move your game forward.

On Monday I wrote about this technique on how to go viral on Twitter by jumping on trending topics. Well game designer Kelechi Apakama tried it and it worked for his game Stormrite!

He saw “Gamepass” was trending so he tweeted the following:

Here is what he said happened next.

Just wanted to share that the technique mentioned in yesterday’s post worked great, at the first attempt! “Gamepass” was trending so I tweeted this out, and it’s blown my previous like record out of the water:

The tweet also converted! It yielded him 522 wishlists and it is still getting engagement:

I have seen demos do wonders for replayable games like rogue-likes and survivor style games like 20 Minutes Till Dawn. But, one of the biggest questions I get is “Can demo’s work for narrative games?” A new demo for Slay the Princess is an early indicator that it can. Here is what happened:

How does a demo of one game increase sales of another game? First, Slay The Princess ends on a big cliffhanger and then immediately goes to this big CTA screen. Look at the far left square, there is a button to go play the Scarlet Hollow Series.

Here is what Tony recommends if you have a narrative game and are looking at making a demo:

It’s important to think about demos for narrative games from the perspective of a marketer. It isn’t enough to just give someone 20 minutes or an hour of a story and assume that’ll be enough to convert them. You have to make sure there’s a hook at the beginning of your demo that’s strong enough to get people to play through the entire thing, and then there has to be another hook at the end that makes them want more. Think about what TV shows keep you watching after the first episode, and think about how they did that, and apply those lessons to your game. Cliffhangers, replayability, and community are all ways to keep players coming back.

Survivor-likes are still a HUGE thing!

I wrote about the Vampire Survivors success and then Flanne made 20 Minutes Till Dawn which is a survivors-like and it succeeded. Now lots of them are coming out… and they still are getting a lot of attention.

One of the latest is Soulstone Survivors. This game is made by Allan at Game Smithing. He was working on a rogue-like called Rogue Soulstone but took a brief brake to jump on this trend.

He used a lot of the same code from Rogue Soulstone but adapted the meta to make Soulstone Survivors. Then he published a demo. The demo rocketed to the top of the “Popular Demos” list.

With the Soulstone Survivors demo live and on the top demo charts, they racked up 2986 wishlists in a day. The demo is very good! Streamers love it. The median play time is over 2 hours! For a DEMO!

Not only that, the Survivors demo has a small in-game call-to-action to checkout his first game Rogue Soulstone. This CTA had an immediate effect on wishlists. Giving it almost 1000 in a day:

The Soulstone Survivors demo was so popular that it also pushed Rogue Soulstone onto the front page of the Steam Survivor Festival Most Download Demos. Allan didn’t even enter it into the festival and it showed up!

So just to recap:

So what are the lessons here?

Because Rogue Soulstone and Don’t Slay the Princess are both on the Most Played Demo list we can estimate how many plays you need to get on there.

How to make a good demo?

1 year ago I launched GameMarketingIdeas.com which was a public repository of all the marketing ideas and cool tricks I saw people post, and lectures about topics such as making demos. Here is a clip from my lecture of how to make a good demo. Here is a preview clip:

Because it is the 1 year anniversary of launching GameMarketingIdeas.com site I am giving a 50% off discount. Pick it up by clicking the following button

Get Game Marketing Ideas 50% off