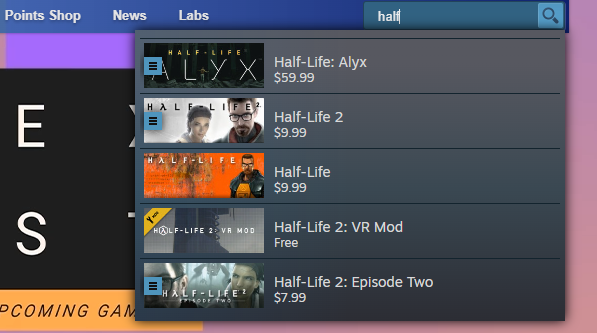 A couple weeks ago I reviewed the data I collected from over 100 developers about what a normal, clickthrough and wishlist rate is during the “resting” periods when they are not doing any active promotion.

The results of that were as follows:

The basic findings are:

In today’s blog I want to look at specific causes. Why do some games get so many impressions even when they are doing anything big like getting streamed by influencers or are in a big festival?

Should you translate your Steam page?

Valve recommends we translate our Steam pages. I believe them but many people ask if it really matters because it is another cost you have to account for. Here is the data from the games in the survey.

Games that have been translated into English and at least one other language are in blue. Games that are English only are in red.

Pages Translated into more than one language:

The numbers are really something! It seems obvious that translation helps, however there are a couple factors that might be swaying the data so dramatically.

But that said, I do recommend you translate your page even if you are not sure if you are going to translate your game into that language. If you chose to translate just the page, you should also provide a warning at the top of it that says something like “At launch our game will not be translated to <language> but we will monitor the number of wishlists and will translate to the languages that have the most wishlists first. So be sure to wishlist so we know there is interest”

Another question is, should I delay posting my coming soon page as I wait for translations. If you are doing a big splashy announce with a big festival and you will be covered on sites like PC Gamer, yes make sure you have at least a few translated pages. If this is your first game and you are completely unknown, just post your steam page as soon as possible and add translations as your time and budget allow.

Valve also recommends that to get the biggest bang for your buck, you translate to Japanese, Korean, Chinese first because the French, Italian, German, Spanish, speakers are more likely to also understand English.

Do Demo’s Hurt or Help your Wishlist?

One of the big questions with hosting a demo on your steam page is if you should leave them up all the time or only during festivals. The fear by many indie devs is that if you have a demo, players will satisfy their curiosity after playing your demo and never wishlist it.

As you can see the games that did VERY well had demos. They are both Vampire Survivor Style Games.

As you can see the median is almost identical whether you had a demo or not at the time of the sample. The Average is higher with a demo but I think that is the VS-likes increasing the average (both of them had a demo live).

Despite the data not clearly pointing one way or the other, I strongly recommend making a demo and keeping it up because it allows you to have a spike if a Streamer finds your demo and randomly decides to play it. Remember this data is explicitly sampled from non-promotional-spike periods. It is like sampling an elite runner heart rate when they are resting weeks before a race. You can’t tell how fast they can run unless you sample during the race. A demo helps you during those exciting spike periods.

Where does all this traffic come from?

The big mystery I wanted to solve comes from this Impressions per Week graph that I posted in my previous week.

The top earning games all have significantly higher impression rates every single week. Why? Remember I sampled RESTING rates which means this isn’t because they were covered by a streamer or they had a viral tweet. They are getting tons of visibility without doing anything!

So where is all this traffic coming from?

I asked developers to send me their top 5 traffic sources as listed by the Steamworks backend.

Top 5 earning games in the survey:

5 games right in the middle of the visibility ranking

5 games at the bottom of the pack

So games in the middle to lower end of the scale all have “Direct Navigation” as their number 1 traffic source. Valve defines direct navigation as

“Hits in the browser where we could not determine the origin. This may be a link that was clicked in an app on the user’s PC, a website that sets rel=’noreferrer’ on links, a bookmark, or other navigation not accounted for in External Website. Many sites set rel=’noreferrer’ on user-supplied links, including Reddit, Twitch, Discord, and many others. “

The other source is Bot Traffic. This is from all those scraping sites like Steam Spy, or SteamDB, or VGinsights. These are just the static that permeates the air. Every page has that. The similarity is that all these games get basically no traffic. It is these slim slivers of traffic that is almost like someone’s cat ran across the keyboard and accidentally typed in your game name.

For top earning pages, the top source is always something unique. Sometimes you see Steam internal widgets doing the referring like “Discovery Queue,” “More Like This”, “Tag Page.” That indicates that valve has “blessed” this game and is using the algorithm to direct traffic to them. But I thought I would see much more Discovery Queue in these top earners. But I don’t. Discovery queue is a fickle widget that randomly shows up and dumps a ton of traffic on your page if you do a big promotion. Then Discovery Queue runs away never to return again. For all these games Discovery Queue was never the #1 source but it did show up.

Another source are the external sources like “Search Suggestions” or  “Search Results.” Both of these sources are attributable to when a users types the game’s name into a box at the top right of steam. This means that someone knew that games name and was explicitly looking for it.

Here is an example screenshot: if I were to click any of these capsules it would increase its “Search Suggestion” count by 1.

When I look at my client’s data, I usually see a lot of Search-related traffic when the game has been covered by major streamers. Typically, people watch their favorite streamer on a mobile device, then run over to their PC and type in that game’s name to learn more.

But “Search” traffic might also indicate a friend verbally telling them about a game and they are looking for it. This is word of mouth in action.

This Search-related-traffic indicates that these huge traffic boosts come from thousands of random people hearing about these top earning games from just old good word of mouth. These games are exciting and people are talking about them on podcasts, on streams, on playgrounds, and at work. It is just in the air.

Bonus question: How popular do I need to be before Steam and word of mouth promotes me

So after looking at this traffic data I started to see that basically every game that is not the SUPER DUPER POPULAR games has the same traffic sources:

Those are the 3 basic sources. Everyone had those 3 basically in that order. It is Steam’s default setting.

So, at what traffic level did these “3 basic sources” stop showing up and when did I start seeing the more diverse sources that I noticed with the top earners? Here is the breakdown with the chart labeled for each stepdown in traffic

After #4, all the games below that are basically direct navigation, (other pages), bot traffic over and over again.

So does low traffic cause Steam to hide you from all the other widgets? Or does the lack of widgets cause the low traffic? I think it is a bit of both. If your game has a ton of word of mouth AND you are getting lots of traffic, steam widgets start showing you more.

So what did we learn?

I am sorry, there is no one weird trick. Just make a game worth talking about.