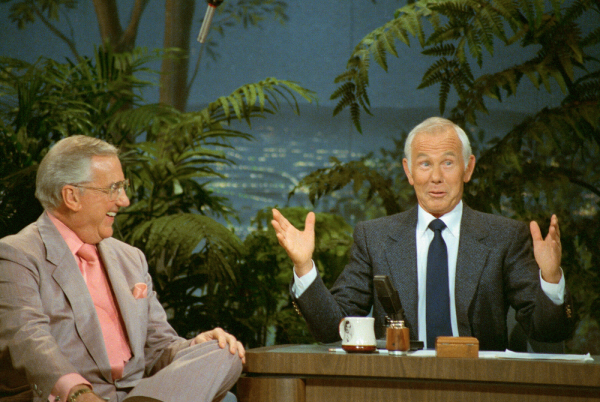 If you make a game trailer, the best thing that can possibly happen to you is to have the IGN youtube channel do an exclusive reveal of it. It will get seen by hundreds of thousands of very passionate gamers.
IGN is basically the Johnny Carson of video games. If you appear there, you have made it.

Recently, the indie games Paranormal Tales and Blight: Survival got prime coverage by IGN’s youtube channel. It caused a HUGE spike in wishlists for both games and were executed by two separate PR teams with quite similar strategies and approaches. In today’s blog I want to show you how you can use a trailer and some persuasive email writing to get a huge boost to visibility. If the conditions are right, you might be able to use the same strategies to get your game featured by IGN.

The first game, Paranormal Tales, is an extremely creepy “bodycam-style horror game” by Digital Cybercherries and was announced on October 26th, 2022. This campaign was conducted by their head of marketing and PR Joe Henson  (who is amazingly good at Twitter and I profiled him in this previous blog post called How To Go Viral On Twitter).

Here is the Paranormal Tales trailer after IGN hosted it. As you can see, it got 400K+ views

Blight: Survival is a brutal medieval zombie game created by Haenir Studio and was announced back in April 2022 but recently revealed a Gameplay Trailer to catch the attention of IGN. This campaign was run by the team at  Vicarious PR who were hired by Haenir Studio. I spoke to Matthew Brown who is Business Development Manager at Vicarious PR about what he did for the team.

Step 1: Have a “hooky” game that can go viral

The editors behind the IGN youtube channel are very selective about what they feature. They are looking for big experiences that are iconic, make you stop and forward it to your friends. Not all games have the right alchemy to make this possible. The two games I am writing about here have AMAZING graphics. IGN players are hard core gamers and like amazing graphics that have never been seen before. There is a definite quality bar that must be met before they will cover you.

If you can’t meet that bar, don’t fret. Just because IGN doesn’t cover it doesn’t mean that your game will fail. Some games earn attention in other ways. But to get covered by IGN, the graphics and the hook have to be incredible.

But here is the secret, nobody (not even IGN) really knows what will go viral. So unless you are a AAA studio, you have to prove to IGN that your game has potential with prior examples of the game going viral.

For Paranormal Tales, they first went viral via an announce tweet of the game.

The viral tweet is just gameplay footage and a link to wishlist. It got 3740 likes and 821 retweets. Part of the virality is due to using the trending topics of #Halloween and #horrorgames. This is Joe’s special super power which you can read about in my blog post about How To Go Viral On Twitter.

Here is Joe on the strategy

I purposefully waited until Paranormal Tales started to gain a lot of traction/momentum before I reached out to IGN because this meant I could use the said post as a reference to prove that the game was going viral. (that Twitter post had a ton of engagement and was also on its way to two million views, fast)

Blight: Survival went viral with their first TikTok on 16th April 2022 where it garnered over 1.3 million views after 1 week. It earned the game over 10k Steam wishlists.

If your game has gone viral you MIGHT have the goods to be featured by IGN.

Be careful though. Sometimes indies go viral on social media because they came up with a funny meme but the game was just tangentially part of the post. The game must be the reason for going viral. As you can see there is nothing special about the words used in the posts, they are just straight up clips of gameplay.

Your game is your best marketing.

I think the funniest thing about games marketing is that you can just conjure attention by naming a file the right way. So for instance, IGN covered Paranormal Tales because they had an “Announce Trailer”

Blight: Survivals had been announced back in April (and launched used a teaser trailer), so they couldn’t actually have an “Announce Trailer” like Paranormal Tales did.

But that wasn’t a problem, because they just called their latest trailer a “Gameplay Trailer” and showcased an uncut 5 minute stretch of carefully choreographed game footage.

The press speaks a special language of trailers and if you title your trailer correctly they will pick up on it. Trailer editor Derek Lieu wrote about the types of trailers in this blog post Game Trailer Varieties and When to Make Them.

So basically, if it seems like your game isn’t getting much attention, look at that list above and make one of those trailers and pitch it to IGN (more on that in a second).

I am not qualified to go into the nitty gritty of why these trailers work but there are a couple things that stand out:

“[In the Paranormal Tales pitch] I purposefully gave IGN permission to use and edit the trailer without asking if they would be interested in sharing it for one main reason; it cuts to the chase and gets the ball rolling immediately. IGN doesn’t have time to go back and forth and deal with intricate details about how they can distribute your trailer. I am personally fine and trust them enough to share the content of my game that looks good (because it’s in their interest to do so, they want the clicks). – Joe”

Joe didn’t sit and refine and refine his trailer, he just told IGN to do whatever they thought was best. And it worked!

Step 3: Pitch the trailer to IGN

So at this point your game has gone viral and you have some footage. Here is how to contact IGN.

You all have heard the advice a hundred times, you just email the editors. Here are the pitch emails from the respective PR teams (I am captioning the pitch under the screenshot because images of text are really hard to read) (I am also blacking out all the email addresses.)

“My friend and I have been working on a hyper-realistic UE5 horror game called Paranormal Tales that we just announced and it’s unexpectedly going viral! It’s only been a few hours and already over 30k likes on Twitter. If this is something IGN would be interest in posting on YouTube or socials, you have my full permission to use/edit how you see fit. Here is a link to the trailer. We also have all information about the game here. If you do use it, I would be very grateful if you could link our Steam page as a call to action on Youtube and tag our Twitter in social posts. Thanks a lot for any support! Stay safe, Joe”

Here is the pitch for Blight: Survival

Caption “Hey [REDACTED], Hope you’re well. Blight Survival are currently putting together a 5 minute exclusive preview for IGN. No one has seen the game in action besides its very brief trailer on Steam. This new trailer showcases just some of the gameplay in this unique mdieval, co-operative, action horror game. Think… Mordhau meets Left 4 Dead. Here’s the teaser test: [LINK]

It currently sat on over 105,000 wishlists with no media or influencer coverage, so I think in terms of appetite, there’s huge demand here. If you’re interested in breaking the trailer (the full version is almost done) please let me know and I can send it over asap! Best.

Couple points about this email:

Even with a viral success like these games, there is no guarantee that IGN will cover it. PR cannot force a journalist to do anything.

However, it took IGN only five minutes to get back to Joe and tell him that they loved the trailer and would be running it soon. Journalists are really fast when they like something. If you didn’t hear anything try a couple times, but more likely than not they saw it but you weren’t interesting enough to warrant coverage.

For Blight: Survival IGN replied and told the team when they wanted to run it. IGN calls the shots.

Getting an IGN feature is great, but don’t stop working for more visibility

Body: “My friend and I have been working on a horror game and announced its trailer just two days ago. It has gone mega-viral, with Kotaku, Game Informer, Games Radar, Screen Rant, GamingBible, IGN, and much more covering it. It even made the front page of Reddit and gained over 2 million views on Twitter.

With Halloween around the corner, I think even more people will talk about it! Here’s smoke useful info if you decide to cover the game: Media Kit, Website, Steam, If you need anything else, feel free to let me know. All the best, Joe.”

Vicarious PR also did a similar trading up round after securing the IGN exclusivity. They pitched the trailer to all the other big gaming sites but the agreement was that they couldn’t host the trailer on their site until the day after because IGN had exclusive.

Also, the developers had been friendly with several other influencers way before the IGN reveal so they gave them the heads up that the exclusive trailer was coming. This gave influencers like Mathchief time to clear their schedules and create reaction videos to the trailer. Here is the one Mathchief made

Haenir also made the following TikTok post to coincide with the IGN trailer. It got 1.9 Million views.

So this is how you get visibility:

Engineering these campaigns is really like that game Bigger and Better. Basically you takes some tiny scrap of attention you might get and you keep trading it up to bigger and bigger sites until you are covered by the biggest sites in the gaming world.

But that initial spark is critical. If you have been trying and trying with your game and not getting attention, this might not work. Hiring a PR company isn’t going to solve the problem either. PR companies can’t brainwash sites like IGN to covering you. It is really up to the site editors to decide whether your game is interesting or not. If it isn’t interesting, there is nothing a PR company can do. That is the risk of hiring a PR company, you can get next to no coverage but still have to pay them.

Well good luck out there!