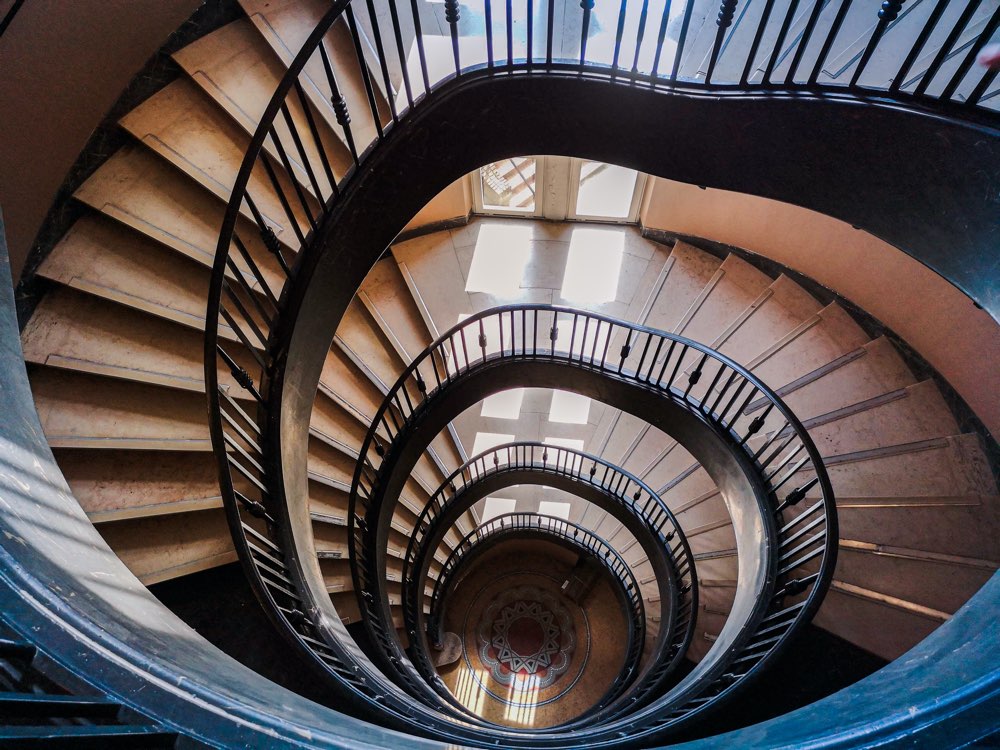 Alright, so last week my talks went live on virtual GDC. If you didn’t get a chance to catch them DON’T worry! They will be going up eventually on the GDC youtube channel. Just hang tight.

The weird thing about doing this is I spent dozens of hours on these talks and yet the moment I submitted them I had that familiar pang of what the French call L’esprit de l’escalier aka the wit of the staircase. Every night last week as I closed my eyes I was not focused on the C-virus but instead on all the things I should have mentioned but just didn’t think of in time to include them in my recorded talks. It always happens.

So because I have this site, I want to wast some space on it including what I wish I had said in those talks.

In my talk on copywriting I mentioned that when you are telling your audience about your game you should turn boring features into engaging benefits that the audience would actually feel. For instance instead of saying the feature of “50 side quests” you should instead say it as a benefit like “Every character has a back story, you chose which one to explore.”

However, some people mentioned that advice clashes with my advice for Steam store pages which is “know your tropes and make them clear.” How do these work together?

Basically you have to know your medium. On Steam you have 90 seconds or less to convince someone your game is their type of game. You don’t want to be fluffy and ambiguous. You should state the tropes clearly and not dwell on the benefits. So err on the side of features. As long as those features are core to your genre.

However, if you are building a trailer for Youtube or are introducing your game on your newsletter, go more for feelings and benefits. You have a captive audience there and they like you better than the more transactional Steam.

Why you should focus on just a few platforms

In my talk I mentioned that if you are building your funnel don’t do “ALL THE THINGS” instead stick to one or two platforms per level of the funnel. This advice is mostly aimed at folks new to marketing or who have a small team. The reason is you need to really learn how each platform works. It is better to dive deep on one site than be an inch deep on a dozen of them.

For instance, I learned Imgur. In fact, I wrote a whole blog on how it works here, I learned when to add a CTA and how it should be worded.

There are just as many rules and tricks to sites like Twitter. For instance. You actually shouldn’t ALWAYS HAVE A CTA on there. Twitter is basically High School. You must always pretend you are too cool for school. You must act like you don’t care even though you really do care. You also shouldn’t add more than two hashtags (again because, high school. You risk coming off as a spaz). Instead, hide you hide your CTA in the pinned tweet or in your bio. It is complicated. But you really only learn those rules once you spend a lot of time there.

So REALLY learn how your chosen platform works instead of jumping around and acting like a spaz in a bunch of them.

Don’t be original on Steam

One of the most surprising findings from my Steam research was that people really just want to see if your game matches their preferred genre and they are quick to compare it to other games. They don’t care as much about your hook at first.

I don’t think I described the thin line you have to walk properly. Then I saw this video and it is almost exactly what I was stumbling to explain.

The guy in the suit wrote “Hit Makers” and describes this genre copying as “A familiar surprise.” He sites the mirror exposure effect which says we like familiar things like old movies and old songs with a tiny twist. Basically that is what people are looking for on Steam. A familiar game that has a twist to it.

The interview as a whole in interesting because he also describes how things don’t just go viral. It is always predicated on having a person with a big network boost it for you. Watch it!

I ended my Steam talk with the thought that we have a tendency to dehumanize folks on Steam. We see them as a mass of wishlisters, buyers, reviewers leaving hundreds of negative reviews. Sonder is the realization that behind every single review and wishlist is an entire life. They are living out their lives just trying to get by too.

If you liked that thought, I recommend this talk by David Foster Wallace:

Talk to you next week

Again, as soon as I know when my talks are live on youtube I will send them your way. Until then, thanks for reading.

Photo by tangi bertin on Unsplash