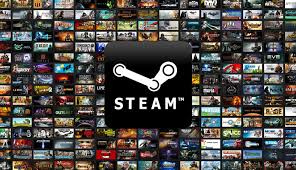 Last week, three Valve employees who work directly on Steam did a Q&A about the current state of the platform. The event was hosted on the Game Production Community Discord server.

The event was organized by Juney Dijkstra who is a Portfolio Manager at Paradox Interactive. You should follow here.

Juney posted a great full transcript of the Q&A here. I attended the Q&A call too and in this week’s blog I want to write up my own thoughts on what they said (and didn’t say).

Here are the big news out of it:

Put your steam page up as soon as possible

I say this to everyone who asks but this is the official recommendation from Valve. This time they specifically presented numbers backing up their claim. Arv (Steam’s resident data scientist and economist) produced this chart to help prove their point.

Basically if you compare the week-1 sales numbers for all games across Steam, the longer the store page has been live, the higher the sales will be above median. This is because games need time to build a huge wishlist backlog before you launch.

I have been recommending this for a long time.

One of the most common excuses I hear though is “Well if my page is up too long people will get tired of hearing about my game.” The data does not show this at all.

Honest talk here: I think the main reason people procrastinate making a Steam page is actually fear. I get it. Showing your work is scary. This might be your “dream game” and it is personal. You have a big vision and can’t stop thinking about it. You are afraid if you post a Steam page and say “come look at my game” you are opening yourself up to criticism. So it is much easier to just hold off publishing it one more month until you do one more art pass. But that won’t happen and you will just delay 1 more month.

I know it is scary. I know it is hard to put yourself out there. But please, make a Steam page! Don’t wait. Be bold. Create a Steam page even if your art is not “final.” Every day you wait, the lower your sales will be.

What actually affects the algorithm?

Basically Steam surfaces your game based on those 3 things.

Side note: They left out “sales velocity” but they are trying to make a good face for new devs.

If you have been reading my blog, none of this should surprise you. However they did clarify how playtime factors into the algorithm:

So I just checked Steam and they showed me this widget. This probably means that I have played more hours of “Explore and Customize” tags than the median play time.

This is why accurate tagging is so critical and why it is so important for you to know what type of game your potential player plays. For every tag you add, expect that super fans of that tag to be suddenly be looking at your game. You better make sure you are showing the kind of stuff super fans will like.

This has been a long promised feature but it is finally almost here. They said that a few partners are already beta testing this feature!

For instance as it works now, if you use Reddit ads, you can set it so that you are charged something like $1 every time someone clicks your Ad. However you won’t know if the person who clicked the ad actually wishlisted your game. When this feature is correctly implemented, you will actually be able to configure the ad so it will charge you ONLY IF someone wishlists it. If someone clicks the ad, but doesn’t wishlist, Reddit won’t charge you. It will mean more effective ad spends and a cheaper way to get more wishlists.

Someone asked if Valve can give us more tools to contact people who have wishlisted our game. Basically Valve said, well you can ask for their email in your game.

This is huge! Don’t worry about adding an email opt-in form into your game. Valve is cool with it.

I have a signup form in my game. The successful and critically acclaimed Spiritfarer has it built into their game too.

I was always half expecting one day Valve would reject my game with some sort of excuse like “You cannot collect user information from within your game.” But valve just gave us the ok.

For games in Early Access, is it true you get less visibility when you fully launch your game?

Valve says “Mechanically, games that leave EA get the same kind of launch visibility as any other game that’s launching.” But they said success probably varies depending on how you ran your EA. If while in Early Access you gave your fans the whole game and essentially just improved how it was played you might not see as good of a full launch. HOWEVER, if you held back content and launch out of EA with a whole bunch more levels, or characters, or content you are likely to get a bigger boost.

I don’t have any data to back this up but I have always heard from people who developed games in the Early Access program that you only get 1 launch. So take this with a grain of salt.

Are there any Steam features you would recommend we add?

Valve said the most expected (aka fans will complain and leave bad reviews if you don’t) are:

What about A/B testing?

They know people want this but it is not being developed. (And by the tone in their voice it sounds like it is a low priority).

Use the Steam Support Tools

If you have a feature request, send them through Steamworks – they really do read them all. Seriously use it! They asked us to.

If it is a Steam feature request I usually just write “Attn Steam Business Team” then write my comment. This is so the contractors who are just fielding system bugs and game support requests will know to fast track you to the business development team who actually adds new features to Steam.

Someone asked if we should leave our Demos up year round or pull the demo and only post it during festivals. Valve said they don’t know because extensive use of demos on Steam has really only been a thing for the last year or so. They are monitoring it though.

What about a Steam Subscription?

Someone asked about subscriptions like EA being integrated into Valve. The Valve spokesperson mentioned as an aside that they have brainstormed about a Valve Unlimited subscription service but that they could never figure out a way to make it work for them, the shoppers, and us the developers. So no big news here. But they are at least thinking about things.

I say this every time but I really do applaud Valve for doing these. It is good to know where the platform is heading and that there are real people making these decisions. Algorithms are really just human decisions and these are the people making the algorithm.

There are at least 2 more Valve Q&As coming.

I will be attending both and writing my notes and analysis for you hear. Stay tuned. If you have any questions you want me to pass along, post them in the #general channel of the HTMAG Discord server.