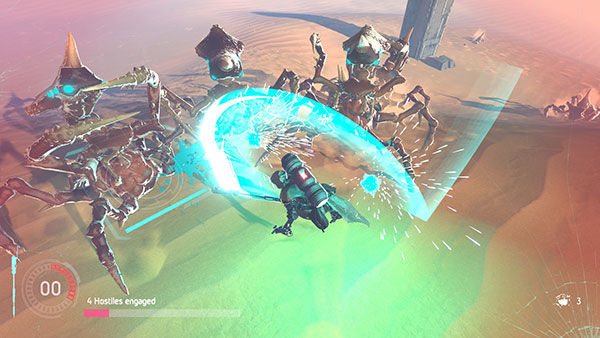 Reddit is hard. You have to get the tone just right otherwise people call you out for self-promo. You also rarely get more than a title and a description to talk about your game. And just having a cool game is not enough – you need a GIF that has the right “hook” to grab people, upvote your post, and them click on your game.

The worst part though is the mods closely monitor about how often you post. You can only create 1 self-promo post about your game for every 10 generic posts. You can promote your game on r/games Indie Sunday but you are only allowed to do it once a month. See more info about Indie Sunday here

So if you have limited shots on goal what do you do?

Beta test your marketing to make sure your post is worth sharing on the more restrictive platforms.

An example of this in practice

On August 27th he tweeted this great gif that perfectly summarizes his game:

The tweet went semi viral racking up over 308 retweets and 2,260 likes.

Unfortunately, he didn’t have a Steam page up at the time so we can’t measure the wishlist impact. So a few weeks later he got his steam page up.

Then a month later he used the exact same gif and nearly the same headline on Imgur. He went most viral on there. Here is that post:

This time, thankfully, he had a Steam page live so he got 400 wishlists from the post (side note: A most viral post on imgur almost always yields 400 wishlists.)

Here is the wishlist graph for this marketing campaign.

The moral of the story?

A good headline and a good gif are a magical thing that just compel people to share. However they are really hard to come by. If you are lucky enough to find one that hits, post it to every platform you can.

My recommendation is rather than spending time posting your marketing to every platform all the time, test your gif / headline combo on Twitter until you find one that hits. Then, use repost that combo on the more difficult-to-post platforms like imgur and reddit.

You can also add the same footage among others in longer-form marketing assets like a trailer.

So here is the relative difficulty ranking for creating and testing content from Easy to Hard.

In summary: test your gifs on Twitter and Tiktok first. If they take off, start posting the same content to the platforms that are harder to create for.

Think of those “easier” platforms as testing what images and themes work with your game, and then make sure you capture those moments in the more difficult platforms.

The following didn’t quite fit into my theme about beta-testing your marketing, but it is still important to learn.

Remember how I said Gypynkt went somewhat viral with this post on twitter but didn’t have his steam page up yet? Well Gypnkt was really smart and weeks later went back to his viral tweet and replied to it with a link to his steam page. Despite being an older post, quite a few people clicked on his updated call to action. You can see it in his graph below labeled as “Followup link on old tweet.”

So, go back to your tweet history and reply to some of your most popular posts reminding people to wishlist your game. It can actually yield some additional wishlists.

Look at his screenshotsaturday post that got 891 likes, it only yielded about 25 wishlists. Twitter just isn’t that great at generating wishlists. There are other platforms that work much better such as that Youtube streamer and reddit.