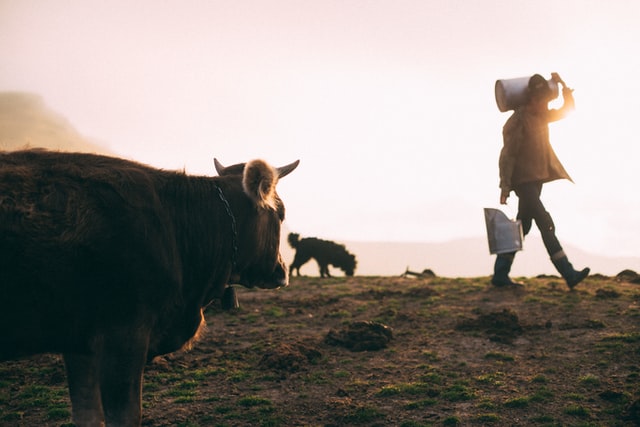 The most important thing in marketing your game is actually having a good game. All the promotion (tweeting, streaming, festivals) in the world is worthless if every single person who plays your game is so bored that they switch away or are so frustrated they immediately delete your game from their hard drive.

Marketing a game that nobody wants to play is like collecting milk in a pail with a giant hole in it. You could spend thousands of dollars acquiring a cow and spend hours milking it but if your pail can’t hold onto the milk all the time and money you spend is wasted as the milk soaks the ground.

In today’s blog I am going to explain a bunch of stuff dealing with retention.

I don’t have a ton of data on it but I am actually studying it right now. If you have a game that has released and you have at some point published a demo, please complete this survey:

Games are a pastime so players are looking for something to… well… pass the time. If they aren’t enjoying their time with your game, they are going to close it and move on to a game that is more entertaining to them. If they move on to another game they really aren’t going to recommend it to their friends.

Mobile game developers already know how important retention is. There are countless articles about it because over and over they have found the more players play, the more they are willing to pay.

In the mobile game world, developers usually track retention over a number of days. They measure what percentage of players return after 7 days, 30 days, etc. This “daily” obsession is because mobile gamers play in quick hits between bus stops, during grocery queues, and doctor’s office visits. This “bite sized” session length is why mobile games usually have energy mechanics and timers – they need a way to remind players to come back later.

PC gamers don’t have that short burst play style. Instead, they enjoy more engrossing experiences where play times are measured by the hour.

Content Creators and Streamers also respond to games with longer play times and are more likely to make multiple videos about a single game.

If you have a multiplayer game, retention is even more vital because you need as many people playing at the same time so there is a chance for them to play against each other.

Retention doesn’t lie. Sure someone can say they like your game but if they don’t really enjoy their time with it, they will just stop playing. There are too many games out there.

How to check retention time

Luckily Steam automatically tracks a few retention metrics that you can use. The most important is the median playtime. To check it, log  into Steamworks.

Then look at the number next to “Median time played.” That is your retention value.

If you want even more granular data click the time next to “Median Time Played” and you get a breakdown of when players stopped playing your game. Here is a graph for my game 1 Screen Platformer

What is a normal play time?

To be honest, I am not sure. That is why I am running this study. Again, you should complete this survey here. (This survey is a subset and ONLY focused on the demo)

So if you have at any point released a Demo or Prologue version of your game please complete this survey.

What is the latest data saying?

I got 26 early responses, and this is the playtime distribution for those games. Each bar represents a separate game.

For all the games I surveyed the median median playtime was just 14 minutes.

There were a couple outliers and typically games with longer median play times also had more wishlists. Again I cant give you a firm correlation here yet because I just don’t have enough games.

But as far as anecdotal evidence, one game with great numbers was the Rogue-game crossed with Peggle known as Peglin. It has a median playtime of 67 minutes and over 44,000 wishlists!

I have been following Peglin for a while because the developer is very open with their marketing efforts in the HowToMarketAGame Discord.

A good portion of the Peglin visibility has come from streamers playing the game. Because the gameplay is so addicting (aka longer playtimes) streamers will often release multiple videos of it.

Streamer Hutts also did 2 videos of Peglin for a combined 1.5 hours of content and combined 58K views

But what about linear narrative games?

If you are making a linear narrative game with shorter content, you might be stressing here wondering how you can compete?

But for linear games, instead of looking at how long your playtimes, consider how long you think your game is and compare that to how long the reported median playtime is. If they diverge greatly, it might be a sign of trouble.

For example humorous linear game Do NOT Buy This Game has managed to rack up a respectable 42,000 wishlists. The demo’s median play time is 17 minutes. That sounds low compared to Peglin’s 67 minute median, however the designer of Do NOT Buy This Game said they designed their Demo to be a 15 minute experience.

That means most players are playing through the entire game and possibly playing it multiple times which will inflate the median past the expected play time.

My demo play time is low, what should I do?

In my brief survey I found the median play time was 14 minutes. The lower 30% of games had only 10 minutes (or less) of playtime.

If your game’s retention numbers are below average, it could indicate that something is stopping players from continuing. Here is how to fix it.

Game design isn’t my specialty so I can’t tell you much about maximizing flow state (RIP Mihaly Csikszentmihalyi) or implementing Skinner-box tactics, but here are some ways to diagnose the problem better:.

Too often we get wrapped up in the promotion side of marketing and frantically check out wishlists.

It sounds obvious that it is bad for your marketing if players prematurely stop playing your game. Checking your retention time can be even more important when it comes to building a community before launch.

If you believe me that median play time is an important metric, please contribute to my ongoing research by completing this survey: