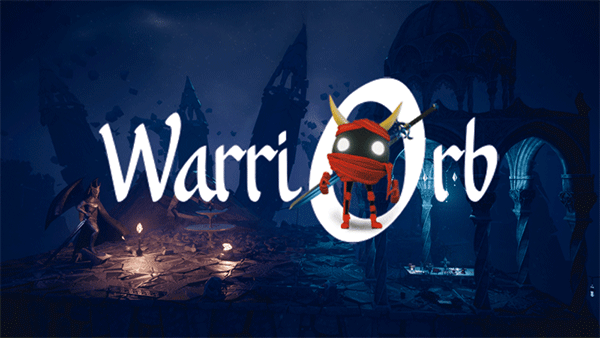 A couple weeks ago I wrote about the “prologue” trend of putting up a free “demo” version of a game and then having a full version available for sale. Last week the developers of WarriOrb released a game that had a prologue. And it didn’t do as well as they hoped.

The developers wrote about it here.

They generated 16K wishlists and then the game released their wishlist conversion rate is probably going to be 1.1%. They only sold 357 copies half way through the sale.

With any publicly posted failed post mortem the business-minded indie community has to step up and give a “hot take.” Here is one from Ryan Clark on the most recent Clark Tank (note there is no archive on Twich so if you are reading this in the future this link probably won’t work) talked about it here.

Jake Birkette (Patron Saint of Lost Causes and Wishlist Conversions) Wrote this post talking about his own game and commented his thoughts in the original WarriOrb subreddit.

BTW jake also does these excellent twitter walking threads though the English country side. They almost feel like point+click adventures. Highly recommend viewing his latest.

Simon Carless also just wrote about it on his blog here.

Now that everyone from the Steam chattering class has picked this game apart I am almost contractually obligated to do the same. Here are my takes on this situation, super hot ordered in hotests to coldest.

Hottest take: They actually did well

I actually think this strategy of prologue to full version that the WarriOrb team was the best they could have hoped for. I just don’t think that platformer games from first-time-devs (see hotter take below) do that well on Steam. It is really hard to sell a platformer game (I know, I have made a few). They just don’t sell that well.

Another data point for this being the best possible scenario: Levelhead launched just two days after and did about the same (as far as I can see from the outside.) Levelhead is a Mario Maker style community built platformer game. It was in early access and run by a very smart studio with a killer community. Since it was in EA the reviews are 400+. But if you look at the review history since they launched out of EA (April 30th) they managed to only get ~23 reviews.

WarriOrb got 21 reviews in that same basic period as LevelHead. Now the developers behind LevelHead are really good, they have launched multiple games before, they have a good community with an ace email marketing system, and they run a really good podcast. So the WarriOrb prologue methodology essentially was as helpful for them as ALL that work the LevelHead devs have done. I can’t imagine how poorly WarriOrb would have done without it.

Hot Take: This is their first game

I don’t know the people behind the scenes but Not Yet is a new company. WarriOrb is their first game. If they are trying to compare themselves to Stoneshard by HypeTrain Digital (the folks who seem to have come up with this prologue strategy) they should factor in that HypeTrain Digital has released 6 other games before Stoneshard. HypeTrain Digital has a following of over 6000 people. That is significant and contributes to being able to do affect the Steam Algorithm on launch.

It kills me that indies expect instant success on their first game. This is a loooong game business. You need to build up a reputation. When your game is released hundreds of people are being exposed to it daily. That is slowly building your brand. To release your game day 1 and hope to be a overnight success is nearly impossible. In fact, you don’t want to be a success on your first game because that means some magic luck spell happened to you which was beyond your control. That means when you release your next game, you probably won’t have that lucky spell a second time so you are on your own. Build your audience over time. Your first games will not sell. Stay ALIVE NO MATTER WHAT OCCURS.

Their Reddit post was written before the sale is even over. I know most of your sales come in the first day but there are many many more sales these folks will put their game in. Sure it didn’t make them millionaires but games can have a long life on Steam.

I don’t know the finances of the Not Yet team but indie success isn’t a binary of “yatch club billionaire” or “failure.” There is also a lot of sweat equity that goes into building a brand. You have to have a lot of mediocre hits that build up to success. Think of The Witcher. It was a mediocre cult hit when the first one came out. CD Projekt Red didn’t write a reddit post that said “We just launched the Witcher and Netflix didn’t approach us to create a series from this awesome IP! Indiepocalypse!” No, it took 2 more releases before it was a real blockbuster with a Netflix show. By the way the studio’s Cyberpunk 2077 is going to be so huge. I know that because very single one of my Steam test participants were talking about it.

So for WarriOrb even if you didn’t make a lot, you still have 16K wishlists. That isn’t going away. Keep running sales. Slowly increase the discount % to keep tripping the “all time low” notification and start working on game #2 and game #3. Keep releasing updates and keep being a “good dev” that supports their games. People will tell their friends.

Cooler take: 17 is a prime number

Ya they probably should have discounted it to 20%. That seems like a good number for initial launches. 17% is just a weird number.

Be patient, release a lot of games, don’t expect to do that well with a platformer. Especially if it is your first one. Also your IP lives for a long time. Put your game on sale a lot going forward.

I still don’t think prologues are a bad idea.

Also this was going through my head the entire time I was writing this post.

2 thoughts on “Did WarriOrbs use of prologues “fail?””