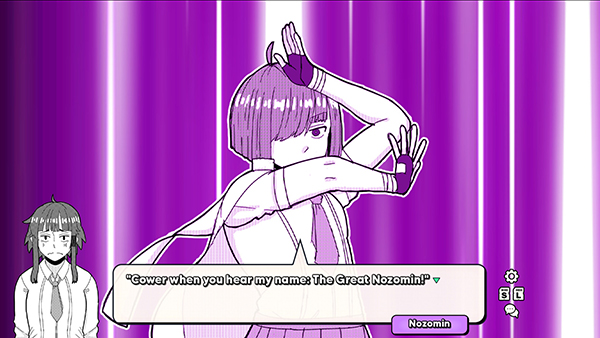 Yes, TikTok works and is worth doing (for now.) For a long time Twitter has been every developer’s choice for top of the funnel social network for showcasing their game. But Twitter has become sclerotic (or maybe always was) and unless you have an adorably cute game, even your most viral tweets will only garner 50-70 wishlists.

But with the emergence of Tiktok there are new reports (such as Omno) that a viral TIkTok viideo has driven enough qualified traffic to a Steam Page to generate real wishlists usually in the 1000-2000 range.

In today’s blog I present a case study of a Visual Novel and a designer who managed to earn 2900 Wishlists from a series of TikTok videos. I talked to them to find out what tips they had for getting your TikTok videos to go viral and earn thousands of wishlists for your game.

Game: I Just Want to be Single!!

Short Description: The anti-dating sim where you don’t want to date! Play as a socially awkward fem-nb protagonist! Escape cute waifus and navigate your way out of romantic conversations to befriend them instead!

The TikTok that went viral: my game’s main menu

The developer M downloaded TikTok in the middle of January. For the first week of using it they didn’t see much impact on daily Steam page traffic. The developer almost gave up but decided to make one more video because they liked making them. That last chance video got them 12k~ish followers. They knew they were onto something so they kept making videos and then they made this one.

Over several days that video gained more than 571,000 views and netted the developer over 2900 wishlists. It doubled their total wishlist count in a month to a final number of 6000. Here is the game’s wishlist chart showing the results of the video (red arrow):

The following image shows the traffic that was driven to the Steam page during the time around the viral TikTok. As you can see the traffic comes primarily from TikTok but also Search Suggestions (the brown line). This search traffic comes when people see something cool on their phone (like a TikTok video), walk over to their PC and type in the game’s name into the Steam Search box. This is common with any mobile-focused marketing such as social media and paid ads.

The developers tips on how to go viral

I interviewed M about some tips on how they were able to achieve such success.

Tip #1 Have the fundamentals right

If you want to get this strategy to work you need a good product to market. Here are some things about your game that can help:

“Tiktok is a platform that’s very suitable for my situation specifically. My game has an anime aesthetic and is perfect for young audiences who are interested in topics like lgbtq+ rep, anime, cute stuff.”

Tip #2 Get to the point – Immediately

Tip #5 ALWAYS have a call to action

How to post videos to the United States if you are in another country?

This is a very important detail and I wanted to highlight M’s answer. So the United States is going to the biggest market for your game and will have the most viewers for your videos. BUT TikTok has some pretty strict region restrictions where you can only post locally. Look at M’s stats for where their views came from:

M is in Japan but still managed to post in the US. How?

“If you have an android device, you should google “tiktok region unlock” and it will be literally the first result. You need to download both the tiktok modded app, and a plugin. I’ve told a couple of people this before, and some think it’s shady. I mean yeah, it’s shady, but it works for me. NOTE that this is against the TikTok Terms of Service. So it depends on your level of risk.”

ADDITIONAL WARNING: When you install a 3rd-party app like this you are opening yourself up to significant malware risks. If you are going to do this, use a “burner phone” that has no other secure information and is only used for marketing on TikTok.

I (Chris Z) am located in the US and use an iPhone so I have no experience on what you should do if you use an iPhone in another country. Good luck!

Thank you so much M for sharing the techniques that helped you do so well on this new platform.

Tiktok is in a magical phase of growth where they are trying to capture market share from Facebook or Youtube. They are just giving away free traffic to do this. They are also being super nice.

This will not last.

Once they capture enough market share they will implement some draconian ad revenue system like “pay $x to boost your post.” So jump on this now. It is like when that new restaurant opens and they give out free samples for the first day. We are in that period with TikTok.

Always remember that they don’t care about you and will eventually lock this down and let you down. Don’t build your castle on someone else’s kingdom – you should always try to get some portion of your followers to follow you on a platform you do own. Also don’t try to make money off TikTok directly because they have terrible creator revenue shares. So basically scalp Tiktok mercilessly. Steal every bit of traffic they are giving away for free. Don’t fall in love with them. Be prepared to pack up and move on to the next platform that is giving away free traffic as soon as TikTok snaps the trap and start charging us.

While we are trying to steal their free traffic – here are a couple great content ideas M came up with that I think you can emulate.