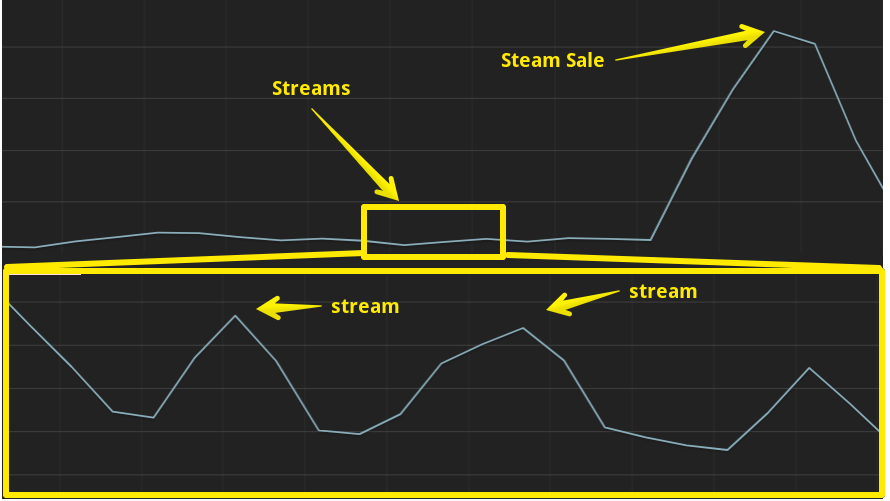 I love when game developers write about what worked and what didn’t about marketing their game (commonly called a postmortem.) I don’t care about the size or the scope or the experience of the developer, if they write about their experience, I will read it.

I reviewed a bunch of game postmortems that were posted in the last year to see if I could come up with any trends or new ideas. Most of these postmortems are on Reddit because I feel like they are more forthcoming about their numbers. Gamedeveloper.com has some postmortems but they tend to be focused on game design and any marketing hints are typically “We got published by Devolver so they did a great job getting visibility for our game. Would totally recommend!” Gee… thanks for the tip.

So here are my favorite post mortems of 2021. If you see any that I missed, please email me (iamchriszukowski – at – the gmail), or post in the HTMAG discord.

I did focus on the positive, relatively successful postmortems (insert image of red dot airplane survivorship bias image) because I found the unsuccessful ones all had the same basic theme of “we sucked at marketing and didn’t do any but it doesn’t work anyway.” With this post I wanted to highlight actionable ideas of things to try. Not all of them will work but they are at least something you can do to try and increase your wishlists and get the word out about your game. Also I found this pretty good list of Reddit post mortems many of these I found from that list.

TL;DR list of things that worked in many of these postmortems

Zukowski Commentary: This is a great example of making a first game to get a foothold in the indie marketplace. The Dungeon Beneath is simple, constrained in scope. So many people spend years on a Dream Game (™). This was fast, realistic, limited scope, in a genre that has marketability, and actually made quite a bit.

The author (Artur) is a HTMAG discord regular and did 2 great Reddit postmortems so I combined them into one big postmortem.

Looking for more information because you are releasing your first game? Here are some blogs I wrote that will help